Siliguri (West Bengal) [India]Apr 10 (ANI): Impressed by an Indian artisan’s Tibetan culture artwork, a Dutch national traveled thousands of miles from his home to see the embellishment of Lord Buddha idols with his own eyes at Siliguri, West Bengal.

Founder-director of the Museum of Contemporary Tibetan Art in Emmen in the Netherlands, Lama Tashi Norbu has marked his daily presence at the studio of Utpal Paul, Indian artist, at PalPara in Siliguri since March 10th.

Norbu said he was immensely impressed with Paul’s excellent artwork on social media sites a few months ago.

Speaking to ANI, Norbu said, “I fell in love with his designs, the sculptures he made about Tibetan culture. I wanted to see with my own eyes how he made such excellent Buddha idols.

“I ordered three different Buddha idols – Manjusri – Wisdom Buddha, which is three feet long and weighs six kg, Avaloketeshvava – Compassion Buddha (two feet long which weighs 2 kg) and Shakyamuni Buddha. We will display them in the museum. I think the government should come forward to support artisans like Utpal,” he added. 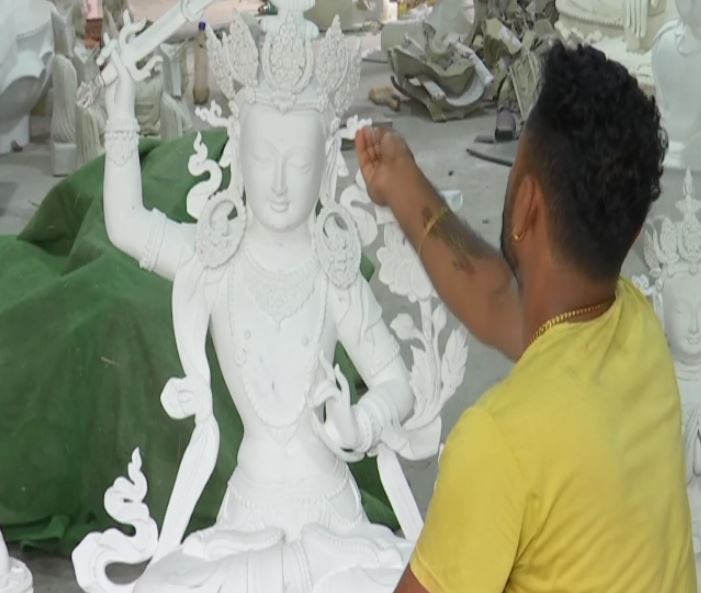 Meanwhile, Paul, the artist, said he learned about the Tibetan sculptures of gods and goddesses from some experts in Bhutan and Sikkim.

“I learned about Tibetan sculpture of gods and goddesses from experts in Bhutan and Sikkim. I am happy that my work is recognized internationally,” he added. (ANI)

This report is generated automatically from the ANI news service. ThePrint declines all responsibility for its content.