A Frenchman who owns two galleries on exclusive Worth Avenue in Palm Beach has been accused of selling fake paintings by some of the most renowned artists to unsuspecting buyers.

Daniel Elie Bouaziz, owner of the Danieli Fine Art Gallery and Galerie Daniel, is accused of selling fake paintings by Banksy, Jean-Michael Basquiat and Ray Lichtenstein for hundreds of thousands of dollars – despite buying the replicas for only a few hundred.

According to the South Florida Sun-Sentinel, each painting included forged signatures and documents that misrepresented the pieces’ ownership history and documented its authenticity.

He then allegedly used the profits to buy luxury items, including a Lamborghini, a Rolex watch and Cartier jewelry.

He faces up to 20 years in prison, as well as hundreds of thousands of dollars in fines, but has pleaded not guilty to the charges, according to the New York Post.

Bouaziz is due back in court on June 15. He is now on bail, having paid $500,000 on Friday in his first court appearance.

In one instance, prosecutors say, Bouaziz bought a facsimile of Andy Warhol for $100 and sold it for $85,000.

Another unsuspecting buyer signed over $120,000 for two pieces that Bouaziz bought for just $600, according to a federal indictment.

To continue the scam, according to federal prosecutors, Bouaziz would present himself as an impeccable art appraiser and provide his clients with certificates of authenticity.

But feds figured out his alleged scheme in 2021 after several patrons alerted them that the works of Lichtenstein and others were worth millions of dollars – not the several thousand he had charged them.

FBI agents then went undercover and agreed to buy a fake Warhol from Bouaziz for $26,000 and cut an additional deal worth $22 million before his arrest last week.

They also recorded conversations with Bouaziz at his Palm Beach galleries, including one in which he allegedly told agents, “I really gave you a fantastic price” on a signed Warhol Superman print. “You can only make money.”

In another conversation, reports the Associated Press, Bouaziz said, “I buy about 200 paintings at auction every year and I guarantee my business.

“I don’t buy things that everyone else has. That’s why you don’t see them in the other galleries,” he reportedly told undercover agents.

He would then have offered the undercover agents a Basquiat that he would have bought for 495 euros at the selling price of 12 million dollars.

Federal prosecutors say Bouaziz then used the money to buy a Lamborghini, a Rolex watch and Cartier jewelry. 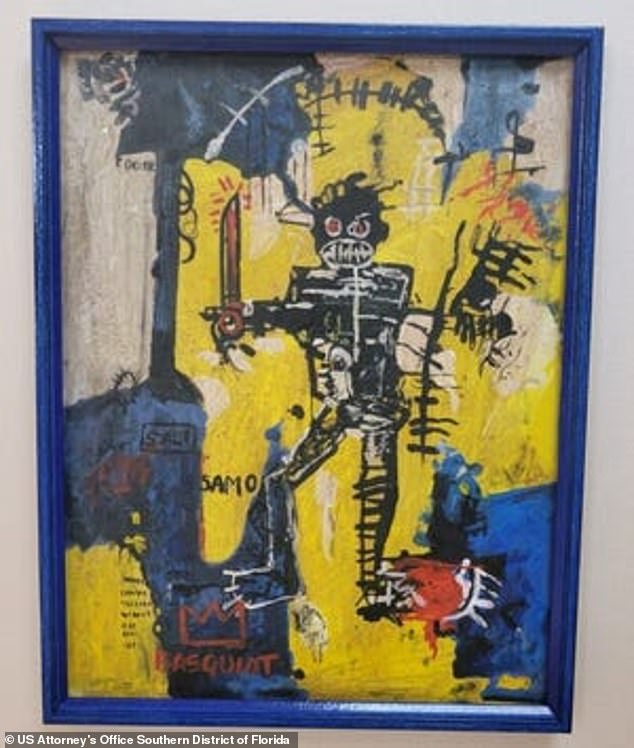 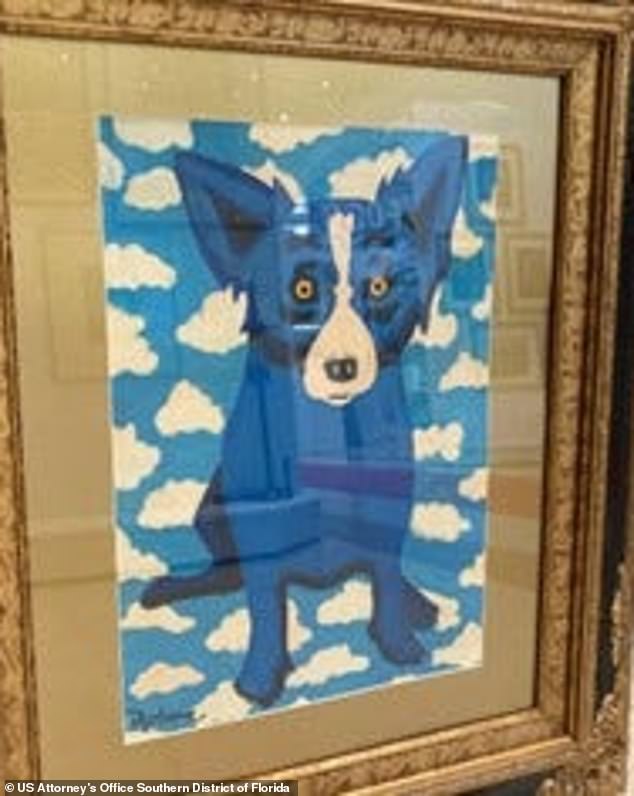 They finally raided its galleries in December, when Palm Beach resident Mario told WPBF he saw FBI agents coming out of the store with boxes.

They then covered the store windows, according to Local 10 News, and wrapped it in yellow tape.

The FBI says there may be other victims and anyone with information can call the FBI Art Crime Team at 1-800-CALL-FBI.

But Bouaziz’s attorney, Howard Schumacher, told the New York Post that his client is an honest dealer in the Palm Beach area and pricing is inherently subjective.

He added that Bouaziz had already refunded disgruntled customers and said: “He has a great following on the island in a very eclectic region.”

Schumacher also said Bouaziz plans to plead not guilty when he next appears in court on June 15.

“This government intrusion has had an impact on his reputation, and he wants to clarify that,” Schumacher said.