When I found Esther Kim Varet in the Joule hotel lobby on a Wednesday afternoon last month, she was packing her bags to move from a leather banquette to a small table and lounge chairs. “It’s become my living room,” she laughs. She was only in town for two days to do a series of interviews and studio tours, and to make last-minute changes to the construction of the new site of Various small fireshis popular Los Angeles gallery, which opens on the ground floor of the Joule on April 22.

Kim Varet has always intended to expand to other cities. The gallery’s name, borrowed from a 1964 book by American pop artist Ed Ruscha, was also meant to imply the potential for hybrid regionality. Each new place has deep roots in its identity. She chose Seoul because she is Korean-American and Dallas because she grew up here. She says she’s not chasing the art market, but it doesn’t hurt that she seems to have ties to promising hotspots.

Kim Varet grew up in Dallas, attending Trinity Christian Academy from K-12 before pursuing her interest in art history, first at Yale University and eventually earning her doctorate. at Columbia University. She knew early on that she wanted to open an art gallery. In her twenties, she opened a gallery with several friends in New York, which is how she became the inspiration for the character Soojin on the hit HBO show. Girls.

Kim Varet launched VSF in Los Angeles in 2012 with her husband, Joseph. It turned out to be ahead of the curve, as the gallery world has since gone bicoastal thanks in large part to blue-chip galleries Sprüth Magers and Hauser & Wirth’s western expansions in 2016 and the addition of publishing. of Los Angeles from Frieze Art Fair three years ago. Then Kim Varet surfed the wave to Seoul, which arrived in 2019, alongside the Lehmann Maupin, Pace and Perrotin galleries. And now Kim Varet sees potential in Dallas, a city she’s had a relationship with since childhood but rediscovered over the years when she brought VSF to the Dallas Art Fair.

For Kim Varet, it’s more than just a homecoming. It’s also a way to spark a conversation about what Texas artists mean to the contemporary art world as a whole. The gallery’s first exhibition, “Texan,” will unfold in two chapters, the first featuring established artists from what it calls the “Texan Diaspora” who have made history. They include abstract painter Jeff Elrod and Aaron Curry, sculptor and painter. The next exhibition will run from May 28 to June 25 and will include young artists like Sarah Zapata, Puppies Puppies and Diedrick Brackens.

“These are two generations that are radical in their own way,” says Kim Varet. “Both explore the expansion of new technologies, but the young artists really explore and deconstruct ideas about identity, or homosexuality, or the other. Our argument is that one generation really couldn’t have come without the other.

To manage the space, she has hired longtime Galleri Urbane exhibitions director Adrian Zuñiga, who says he is excited about the impact this space will have on the local scene.

“I think it’s the right time in this city for a gallery like this to appear,” says Zuñiga.

the Various small fires The gallery will open April 22 at the Joule Hotel, 1530 Main St., Dallas, with a reception from 6-8 p.m. 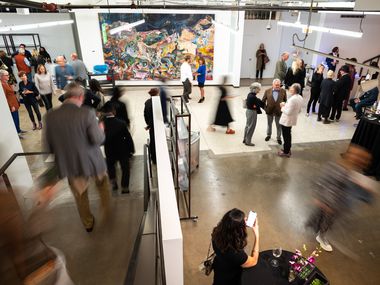 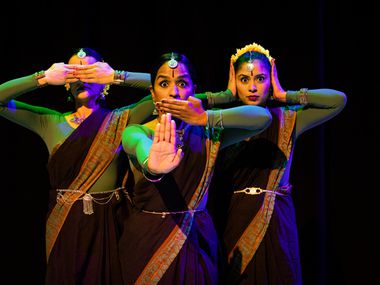