“Standing Red,” a sculpture more than 25 feet tall that stood in Little Rock’s MacArthur Park for more than 50 years, has disappeared.

On Friday, Ramirez, who is also secretary of the foundation’s nine-member board, declined to provide further details on the sculpture’s fate, saying “it has been alienated and dismantled.” Ramirez said the foundation’s decision was made “in consultation with a member of the Rockefeller family.” Deacessioned is a term that museums and art galleries use when deciding to remove pieces from their collections.

“We know the story, we’re certainly very grateful for Jeannette Rockefeller’s significant contributions, and we plan to honor her in the new building,” Ramirez said.

The sculpture, by American artist Tal Streeter, was dedicated in honor of the former first lady of Arkansas, Jeannette Rockefeller, in 1970 after her resignation from the museum’s board of trustees.

For approximately five decades, the large sculpture has been an integral part of MacArthur Park, serving as a public artwork near the museum’s entrance.

The sculpture was made of steel beams, painted red, which formed a T-shape at the base and another 25-30 foot beam extending upwards at the intersection of the base beams.

During the sculpture’s dedication ceremony, Little Rock Mayor Haco Boyd read a statement written by museum director Townsend Wolfe, saying the piece was chosen because it was a “powerful work of art”.

“Standing Red” was conceived as part of the minimalist art movement that took shape after World War II. The movement relied on simple works that often had no particular meaning behind them, which is why the piece was chosen to be dedicated to Jeannette Rockefeller, according to Boyd.

“It is,” Boyd said of the sculpture.

“Standing Red” isn’t the only sculpture with a house in Little Rock that has been moved. “Large Standing Figure: Knife Edge” by famed British artist Henry Moore was moved for cleaning and repair, Ramirez said.

The famous sculpture, which was located at the corner of Capitol Avenue and Louisiana Street in downtown Little Rock, will be moved to MacArthur Park to a location near the new museum building when it opens, Ramirez said.

Previous plans for the Arkansas Art Museum Foundation, which owns more than 14,000 works of art from the museum, had for “Standing Red” are unclear.

The museum is currently undergoing a $142 million expansion and renovation project.

Earlier this week, under the visit tab of the museum’s website, the foundation explained that the new museum will open in the fall of 2022. It detailed what a trip to the new building might look like for visitors in an article mentioning both “Grand standing Figure: Knife Edge” and “Standing Red”.

The post on Thursday included a mention of “Standing Red,” saying visitors might gaze as American sculptor Tal Streeter’s “monumental, minimalist steel composition, Standing Red, sparks curiosity and enlivens the landscape” at MacArthur Park. But by the start of Friday night, the section on the Streeter sculpture had been removed.

The museum dedicated “Standing Red” to Jeannette Rockefeller – wife of Winthrop Rockefeller, who served as Governor of Arkansas from 1967 to 1971 – for her contributions to the Arkansas Arts Center, now known as the Arkansas Museum of Fine Arts.

In the late 1950s, Jeannette Rockefeller led a fundraising campaign to expand the museum building and collection, serving as a patron and advocate for the arts in Arkansas. In 1960, Jeannette Rockefeller took over as chair of the board of trustees of the Arkansas Arts Center, where she served for eight years, according to the Central Arkansas Library System’s Encyclopedia of Arkansas.

The Winthrop Rockefeller Foundation did not respond to a request for comment.

Jim Pfeifer, who runs a Facebook group called “History of the Heights,” wrote a post Wednesday after he and other residents noticed the “Standing Red” sculpture was missing.

On Friday, Pfeifer said that when he contacted board members at the Arkansas Art Museum about the fate of “Standing Red,” he got no response.

Pfeifer, a Little Rock architect and museum member, said he was disappointed with the foundation’s decision to remove the sculpture from its collection, but was more concerned about what he said was a lack of transparency on the part of the museum. of the foundation as to its fate.

“That’s what worries me more than any particular sculpture,” Pfeifer said. “The place needs to be run better, more honest, more transparent.”

Henry Moore’s ‘Large Standing Figure: Knife Edge’ sculpture, featured in 2018 when it stood on Capitol Avenue and Louisiana Street in downtown Little Rock, is being cleaned and repaired and will be moved to the park MacArthur at a location near the Arkansas Museum of Fine Arts when it reopens. (Arkansas Democrat-Gazette/Celia Storey) 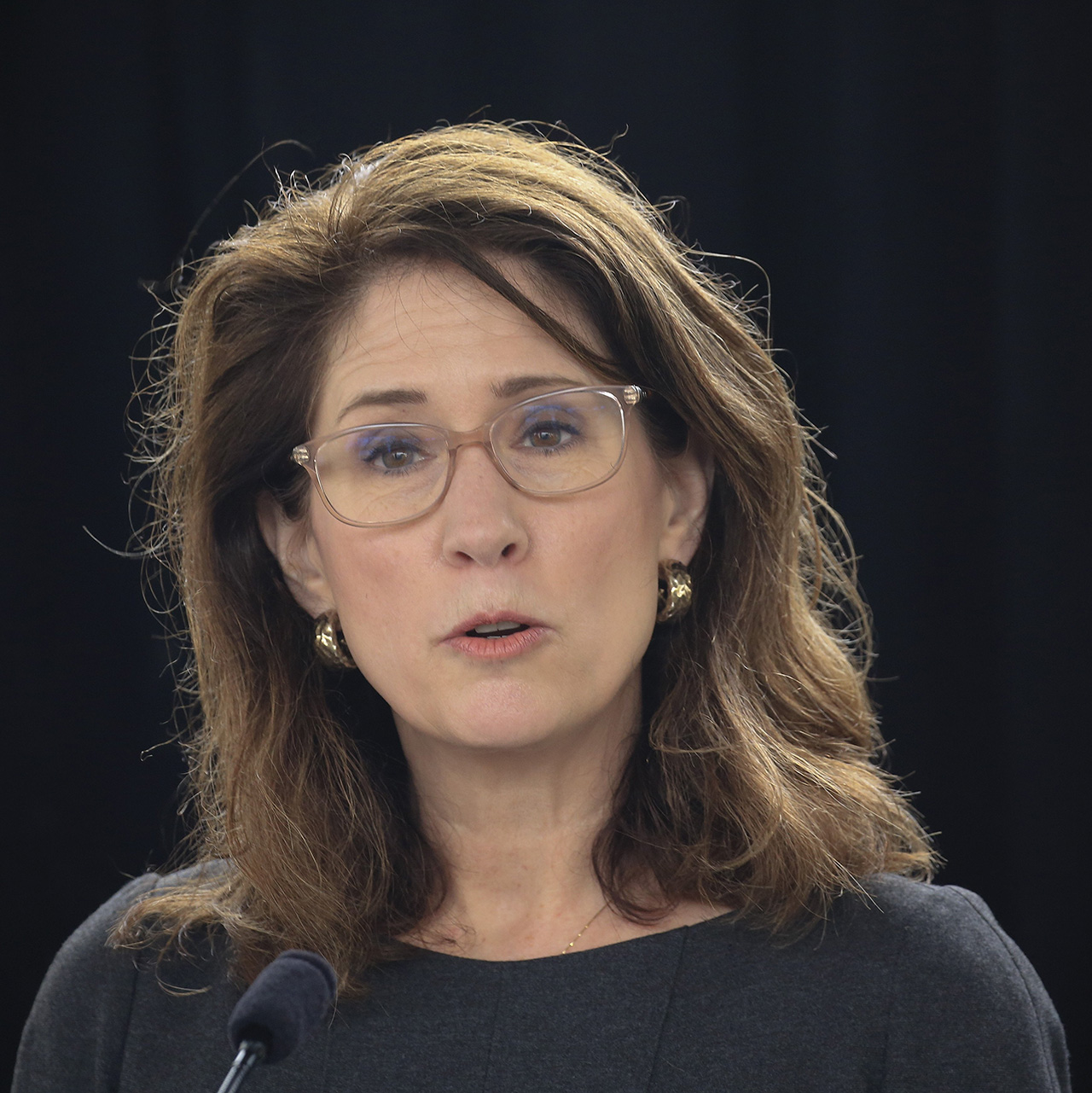